“Sculpting the Spirits” is a journey off the West coast of Africa exploring how the magical world of the Bijagós people is threatened by the generational changes happening in their society.
The strange and close relationship that the Bijagós have with spirits and nature defines the matrilineal structure of their society and informs every decision taken by the community. However modernity and Christianity are now spreading across the islands, developing new needs based on money, luring young people away from their traditions.
Banca, a famous sculptor of spirits, feeling tired, old and worried for the future of a culture in profound transformation, does his last sculpture instructing his son in the hope he will take over.
Guided by a storyteller and our characters’ voice “Sculpting the Spirits” is not only a journey exploring how Bijagós women have special powers to embody spirits while men can only sculpt them but is also the link between spiritual beliefs and the survival of a community. 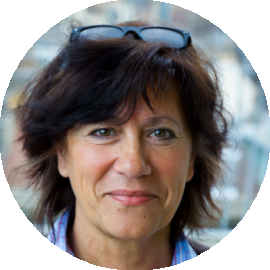 After graduating in Anthropology and Women’s Studies, she started her film career with Steel Bank Films (1982), a Channel 4 film workshop based in Sheffield. She is an experienced director, producer & exec producer on the international scene, having worked on numerous documentaries for broadcast (Ch 4, BBC, Arte, ZDF, YLE, SVT, RTP, RTBF,RAI…) and theatrical release. She set up Scottish Documentary Institute in 2003 and over the years devised several talent ladder award winning schemes: Bridging the Gap, This is Scotland, Stories. She serves on juries and panels at festivals and runs workshops in Africa and Levant region.
2002, she co-produced Fellini, I’m a Born Liar (France), nominated for Best European Documentary; 2007 State of the World (Portugal), an omnibus film directed by various filmmakers including Apichatpong, Chantal Akerman and Wang Bing, which premiered at Cannes Directors’ Fortnight, and most recently she exec produces most feature films going through SDI productions (Time Trial /Syrian Stories / Donkeyote /Libya in Motion/Where we are meant to be /Seven Songs / Norfolk / I Am Breathing …) working with wide range of emerging and established talent. 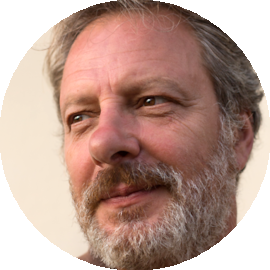 Luís Correia was the co-founder of the AporDOC association, director of the “International Encounters of Documentary Cinema – Amascultura”, of the “CineCiência” Festival, and founder of the DOCLISBOA Festival.

He is a member of the EDN – European Documentary Network and since 2001 participates in the steering committee of the European program EURODOC.

In recent years he has developed several co-production and cooperation projects in Africa, including the AfricaDOC training program, aimed at young filmmakers from the PALOP countries.

Lx Filmes was founded by Luís Correia in January 2000 and since then has produced dozens of films screened and awarded internationally.