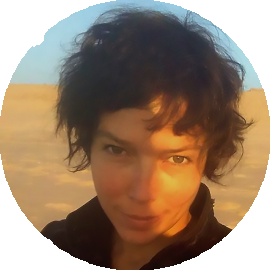 Tânia Duarte is distinguished in her professional career as a director and animator, but above all, by the coordination of numerous film-making processes designed and animated by children and young people, among them the MIX REPÚBLICA Project, co-produced with Ícaro Pintor, co-produced and supported by the National Commission for the Commemorations of the Centenary of the Republic, developed in 25 municipalities, between Minho and Algarve, during 2010 and 2011, which resulted in 25 short films about the 1st Portuguese Republic.
As an animator, she collaborated with several internationally renowned filmmakers such as Abi Feijó, Miguel Gonçalves Mendes, Nara Normande, Paul Bush, Fernando Saraiva and Vitor Hugo. She also has experience in vocational and higher technical education, having taught in animation at Escola Árvore in Porto, at the Polytechnic Institute of Bragança and at the University of Algarve.
She recently received two prizes with the short animated “Harmos”, co-directed with Icaro Pintor, with young people and children of Abrantes. National Animation Award 2018, in the category of films made in workshops, and Young Film Award, for people under 18, Cinanima 201. 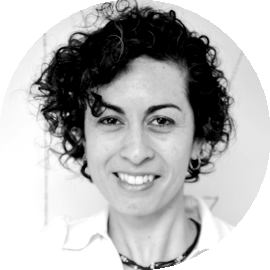 Letícia Barreto, 1974, Sorocaba / SP – Brazil. Plastic artist and art educator. He has a master’s degree in Visual and Intermediate Arts from the University of Évora, Portugal. As a Rotary International Fellow, he studied Fine Arts at the Lorenzo de Medici Institute in Florence, Italy. Still in Italy, he participated in artistic residencies and took courses of training and specialization for teachers in plastic arts. His artistic work is developed through various means of expression, giving priority to painting, drawing, visual analogy, intervention on objects and photographs, installation, and urban intervention. He has participated in collective and individual exhibitions since 1992, having already exhibited in Brazil, Italy, the United States, Ecuador and Portugal.
www.leticiabarreto.com.br

Maristela Simão, Brazilian, museologist and historian. PhD in Museology and Professor of the Universidade Lusófona de Humanidades e Tecnologias, in the Master’s and PhD in Museology and in undergraduated studies in Social Education, UNESCO consultant in the Education and Intangible Heritage, in addition to developing extension and research projects in the area of cultural management, exhibitions, socio-museology and heritage in Brazil and Portugal, where he currently resides.