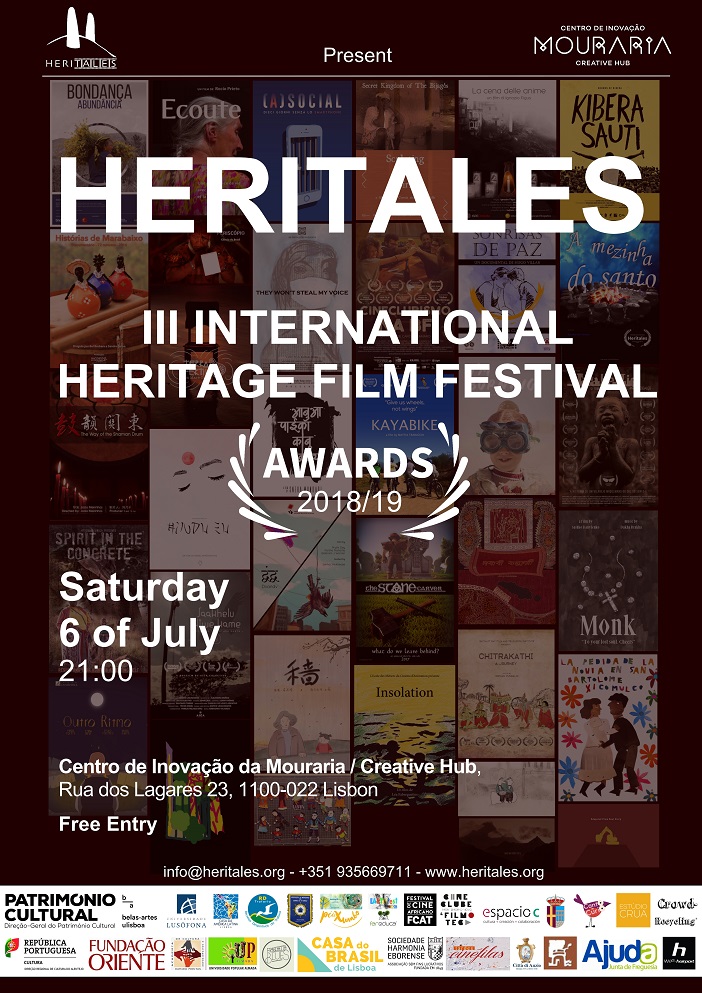 Heritales – International Heritage Film Festival is a cultural project that seeks to disseminate narratives of material and immaterial heritage. Of the many ways to achieve this, Heritales relies mainly on the seventh art of the cinema while also promoting other artistic forms such as photography, interactive media, games, theatre and performances.

The project encourages cultural sustainability by promoting a broad interpretation of what can be understood as cultural heritage, fostering new ways of education, international scientific collaboration, encouraging intercultural dialogue and outreach to an international audience.

In this third edition, Heritales focuses on the topic of “Rites, gatherings and celebrations for sustainable cultures”, inviting films, documentaries, animations and other artistic works that explore cultural celebrations and social gatherings as ways to promote sustainability of cultures and places, communities and environments.

Our aim is to promote the circulation of these works around the world, so in the European Year of Cultural Heritage, Heritales goes on tour, multiplying the sites where the festival will take place and finally “breaking the walls” of the city.

By embracing the practice of itinerant cinema, over the course of one year (from April 2018 to May 2019), we aim to show more than 25 films and documentaries in various international locations. The culmination of the festival will see a final gathering on the 6th of July 2019 in the fantastic setting of the Centro de Inovação da Mouraria / Mouraria Creative Hub in Lisbon. Then, we will celebrate the winners of the 2018/19 awards give by the Direção-Geral do Património Cultural (DGPC) with the trophies hancrafted by great students artists of the Faculdade de Belas Artes da Universidade de Lisboa (FBAUL). 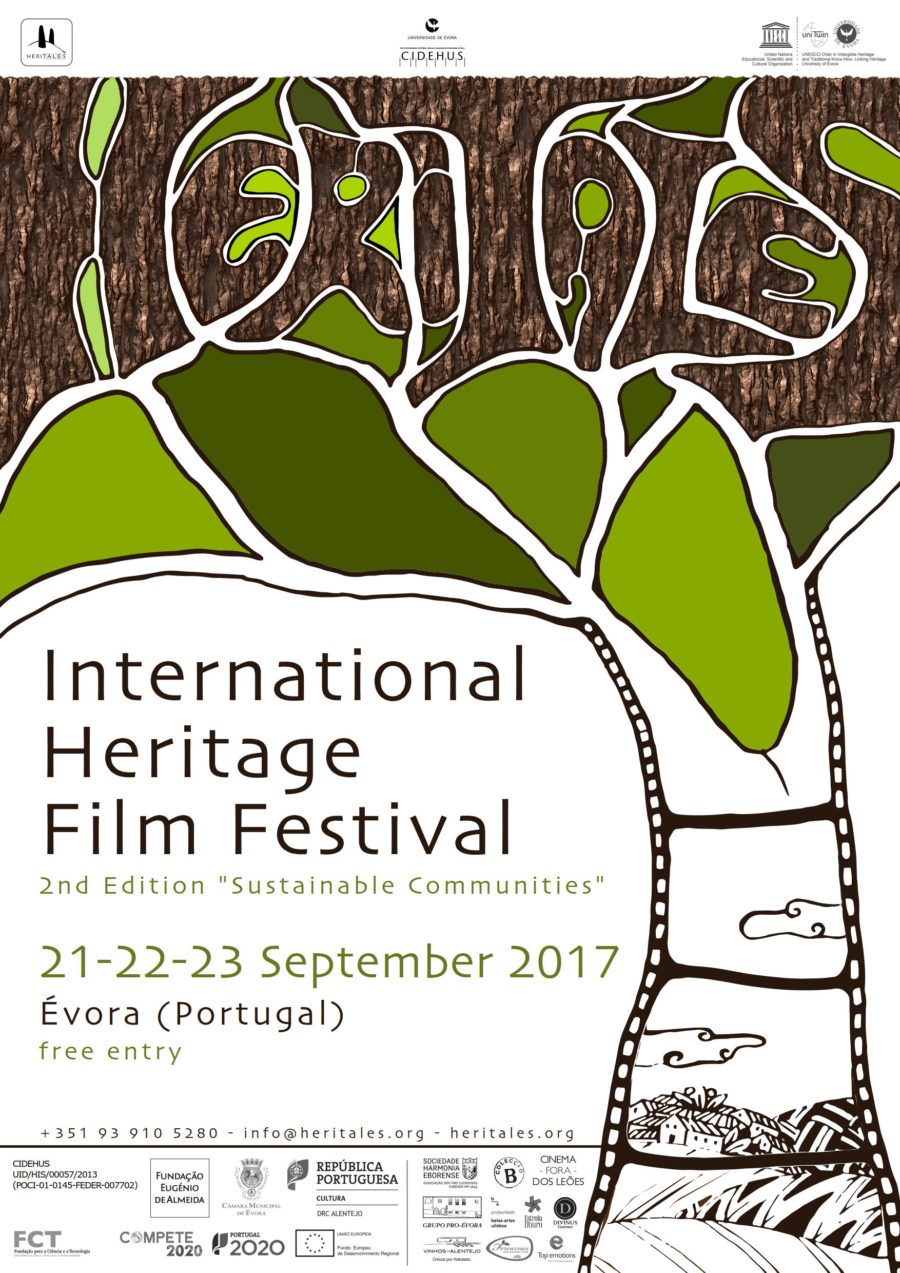 Heritales – International Heritage Film Festival seeks to disseminate narratives of a filmic and graphic nature related to material and immaterial cultural heritage. In this way, it focuses its role on a major area of ​​UNESCO, communication and information.

It turns the cinema into a voice that spread the message of sustainability existing in different cultures, showing potential paths of development in line with the conservation of an environment. It considers that the film medium is unique in preserving culture, since it is one of the most direct ways of reproducing popular memory (in its various forms of oral, visual, practical or written transmission), maintaining forever a community knowledge through the illusion of the moving images.

The sessions comprise both the projection spaces and the film with its subsequent debate. This is intended to establish a cultural dialogue between two levels of communities: the one that is projected on the screens, and the audience that receives these messages. That exchange between the authors of the films and their receiving audience, increase a cultural knowledge that could change own perception and personal vision that will stay in forever. Finally, it is proposed to project sessions in other places with a potential heritage value, such as small neighborhood of Évora and the interior of Portugal. 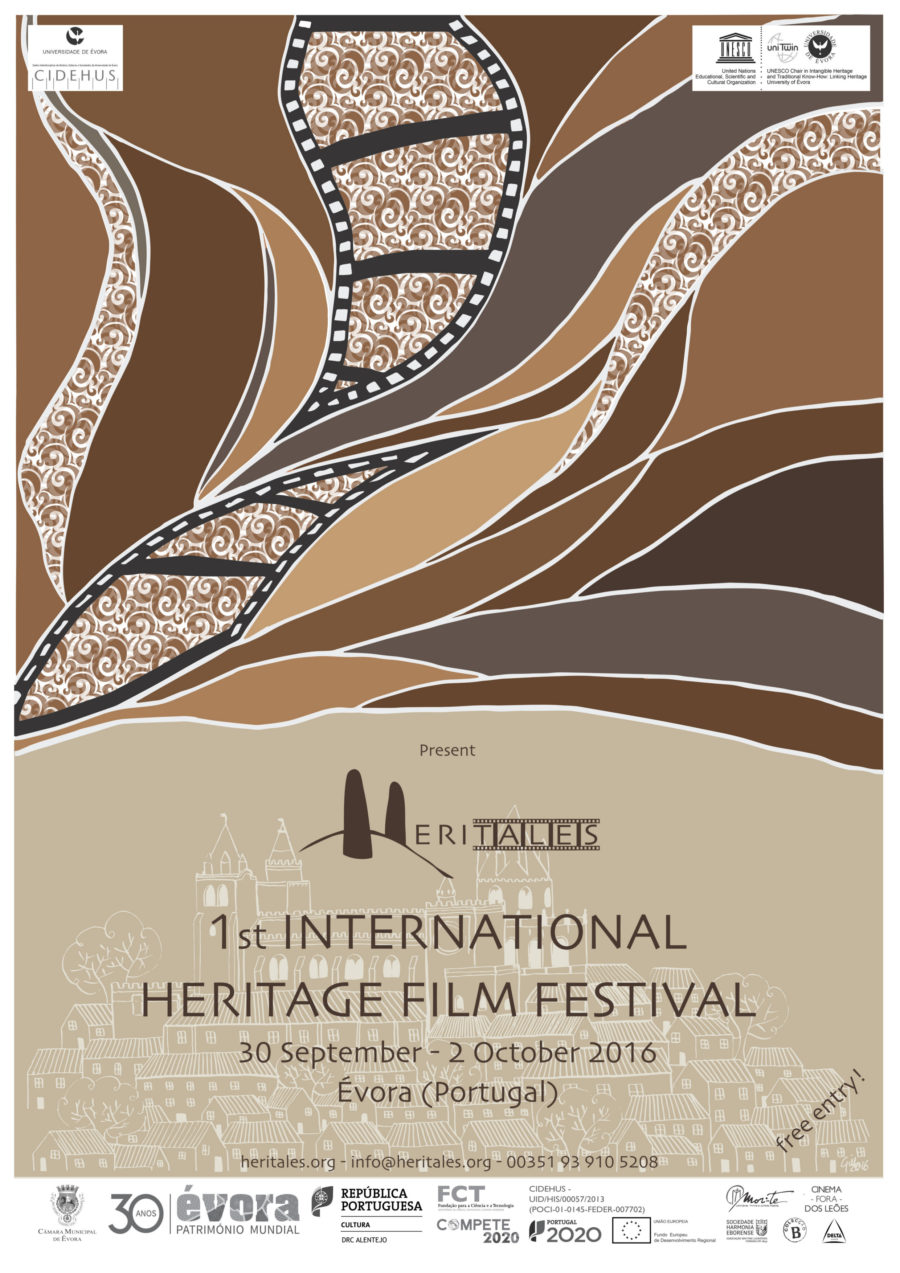 Heritales – International Heritage Film Festival 2016
Heritales Film Festival aims to disseminate filmic nature of narratives, digital and graphic that apply to the Cultural Heritage.The event will have as main mission the dissemination of heritage material and immaterial content, and simultaneously promoting the experience of heritage spaces, historical and cultural city of Évora in the South of Portugal.Among the forms of action proposes the image projection in public space, as well as within the cultural facilities of the city. Such measures, framed in community outreach strategy will be a stage of exchange and sharing.
The international character of the event will bring the historic centre of Évora the projection of the world in pictures, in the year when the city celebrates the 30th anniversary of classification as a World Cultural Heritage Site by UNESCO.
The ambience of the festival is enhanced by the spaces where it is celebrated. These are places that are not normally conceived to project films, but rather encounter areas that have traditionally served the community to socialize. From private historical spaces, such as churches or the association, to public spaces, such as the square or the courtyard of a convent. Places that for their architectural value today have become the material heritage of the city of Évora.