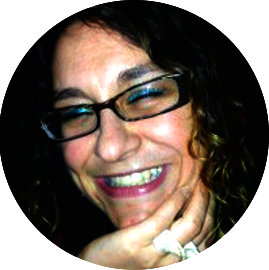 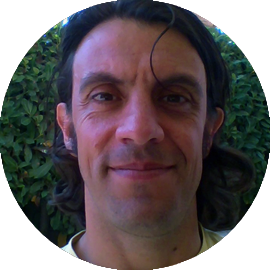 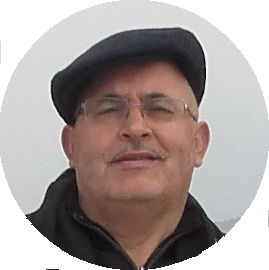 Takis Sarantopoulos was born in southern Greece and now lives in southern Portugal where he earns his livelihood as an archaeologist-museologist and curator of exhibitions. He is involved in many cultural and heritage activities within the Borough of Evora. He his a passionate screenwriter and and produces short films and documentaries on intangible and tangible heritage. It was Juri of the film festival Cine-eco directed by Lauro António and took part of the committe of the FIKE Film Festival

He is the co-creator of the  Cine-blog: https://matines-cinefilas.blogspot.com/ 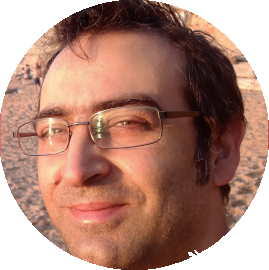 Fernando Mendes works in recording, editing and mastering sound since 2004. His enthusiasm for music accompanies him throughout his life, studying music, being part of bands and leading him for his decision to leave his university career. Attended university in Évora, first with Water Resources Engineering course, later Computer Science and Engineering course, which did not end to dedicate his professional vocation to music- He studied audio production techniques at the ISAM school in Montemor-o-novo. Already devoted to the area of music, he taught the discipline of the physics of sounds at the professional school “Ofício das artes” in Montemor-o-novo. Since 2003, it has operated more than 1000 live concerts in several European countries such as Portugal, Spain, France, Holland, Switzerland, Belgium, Germany and Czechoslovakia: in auditoriums, small rooms or music festivals. He has recorded sound for documentaries and short films. Due to his interest in languages, he carries out translations to the Portuguese language. 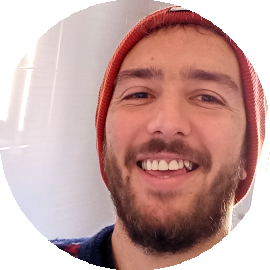 Arnold Kapinova studied Archaeology and Cultural Heritage Management in the University of Tirana. As a professional archaeologist he worked in development-led, scientific, and Community Archaeology projects. He was one of the senior archaeologists in the Trans Adriatic Pipeline (TAP) project, where he surveyed, excavated and documented archaeological sites ranging from the Neolithic to the 18th century. Other professional and volunteering experiences include social work and assistance in ethnographic fieldwork. He is also a theater enthusiast and he has been part of experimental and amateur theater projects in Serbia, France and Albania. In 2021 I started practicing Theatre of the Oppressed with Grupi ATA, a group of local activists in the municipality of Kamëz in the area of Greater Tirana. Currently he reside in Albania and his current professional life resolves around archaeology, social work and organizing independent tour guides. In addition, he sometimes translate literary or academic writings from Spanish, English and Italian in Albanian.