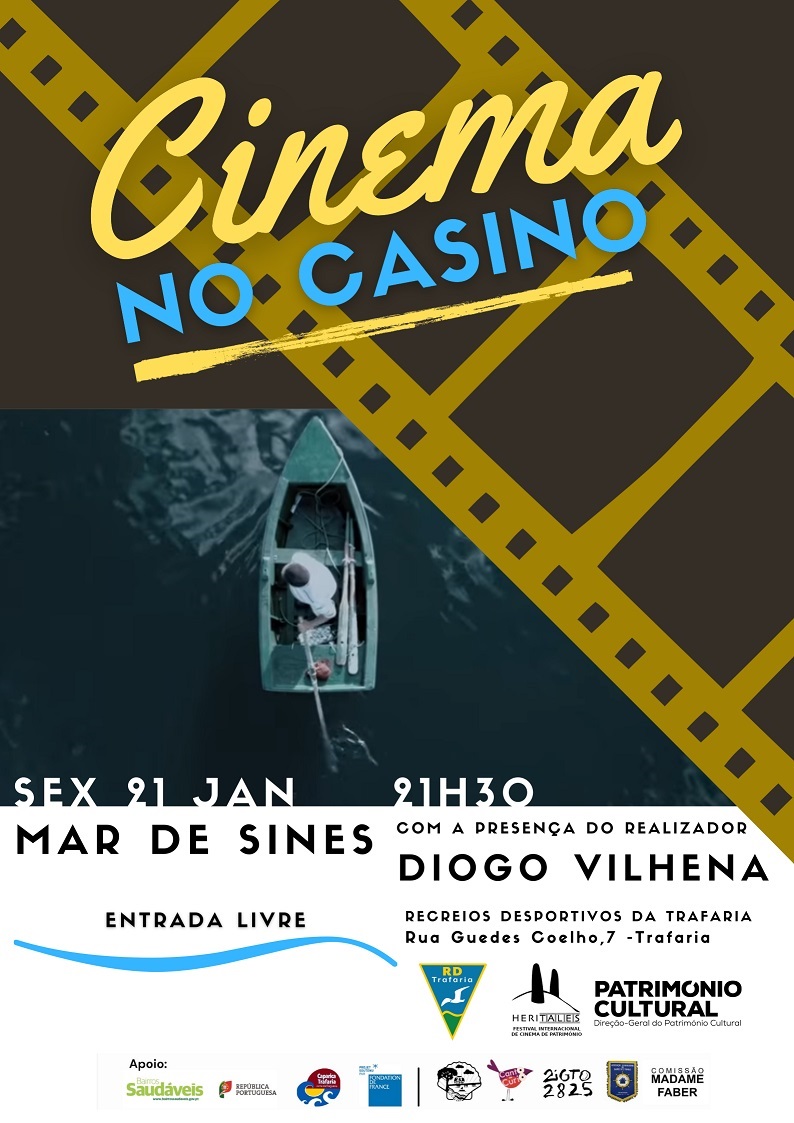 Cinema in the Casino

Heritales starts the new year with a new appointment of the “Cinema in the Casino” with  an event in collaboration between various local associations. It will to bring you an amazing documentary projected in our first edition of the festival.

The result of more than 100 interviews and 250 hours of filming, the Documentary “Mar de Sines” is a film project centered in the perpetual connection of the local community of Sines with the sea.It assembles the testimonies of three generations of fishermen exposed to the rough temper of the of Portuguese south-west sea. Their knowledge of what the sea offers and claims in return.The Sines community is a melting pot of cultures, nationalities and generations and the perfect set to find the protagonists of a traditional kind of fishing that still respects the natural resources as part of an ancestral legacy. The film portraits the fishing harbor of Sines and its people and travels along to meet the territory of the last fishermen using the raft of “São Torpes”, the landscape of the shellfish gatherers that inhabit the rocky cliffs, and reality of the high-sea fishermen.
Directed by Diogo Vilhena, produced and assisted by António Campos, “Mar de Sines” strives to combine an historical and ethnographical perspective with an aesthetical approach. The original soundtrack was composed by Charlie Mancini and had the collaboration of several local musicians. The script’s structure was based on the work of Francisco Luís Lopes, “Breve Notícia de Sines” and depicts a resilient community that continues to live from the sea activity.

Please join us in this magic Friday night on one of the most beautiful setting of the Lisbon region. The old Casino of Trafaria, on the river Tagus will host this event and it will welcome you in its beautiful renewed premise.