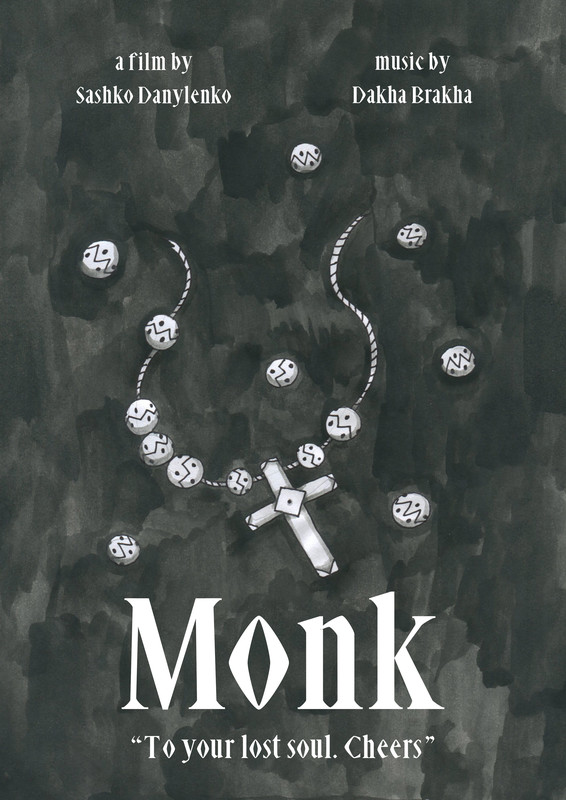 To whom does a monk raise a glass? To whom does he read his prayers? When the sun sits down the river, everything becomes gray and it’s more difficult to distinguish between white and black and the borderline between them. The monk crosses this line in search of the answer. 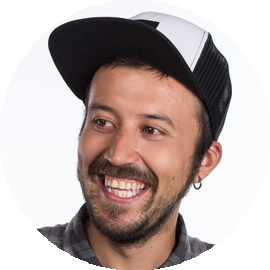 Sashko is an independent filmmaker from Ukraine who has his own individual style. Sashko joins folk and contemporary, nature and digital in his works. He creates magic worlds with colorful characters and extraordinary allegories.

He was born in Eastern Ukraine in 1989. Sashko spent childhood drawing a lot, reading books and riding his bicycle.

In 2006, he left for the industrial city of Kharkiv to study Thermal Physics but discovered animation in time.

Sashko did short animation experiments as a hobby until “Ocheretyany kit” music band found his style of animation interesting for a music video to the song “Zishla Zorya” in 2011.

This debut animation “Zishla Zorya” was selected for screening at numerous festivals around the world and allowed him to visit as an invited artist at KROK IAFF. Meeting with the animation community have brought to Sashko new opportunities and inspiration.

During 2012-2013 Sashko presented two animation films “Carpathian rap” and “Reggie” in collaboration with Dakha Brakha and M.O.R.J. music bands. Films were selected and honored by many festivals. In 2013, he moved to Kyiv, a capital of Ukraine where he has worked closely with the Institut Francais and began his international collaborations. His first international project was animation film “Swan” with Kwoon, French post-rock band. Sashko worked on the film in Cite Internationale des Arts, an artistic residence in Paris for 5 months in 2014. The film was supported by Institut Francais, I3Grants and Art brutal and was presented in July 2014 on Cite des Arts stage.

Sashko returned to Ukraine from France in September 2014 and started working on a new animation project “Goopalo Vasyl” with TNMK, one of the most acknowledged hip-hop bands in Ukraine. “Goopalo Vasyl” includes animation film, an interactive media character, souvenirs, a fairy tale book and a mobile game. “Goopalo Vasyl” was presented on Kyiv Comic-Con.

In 2015, Sashko decided to travel to the USA to broaden his horizons and seek new experiences and inspiration while working as a freelance illustrator for Ukrainian publishing companies and developing new animation projects.

Since the 2016 year Sashko working on documentary animated films for TED Conferences, TED-Ed, The School of Life and TOPIC as a director and an animator.