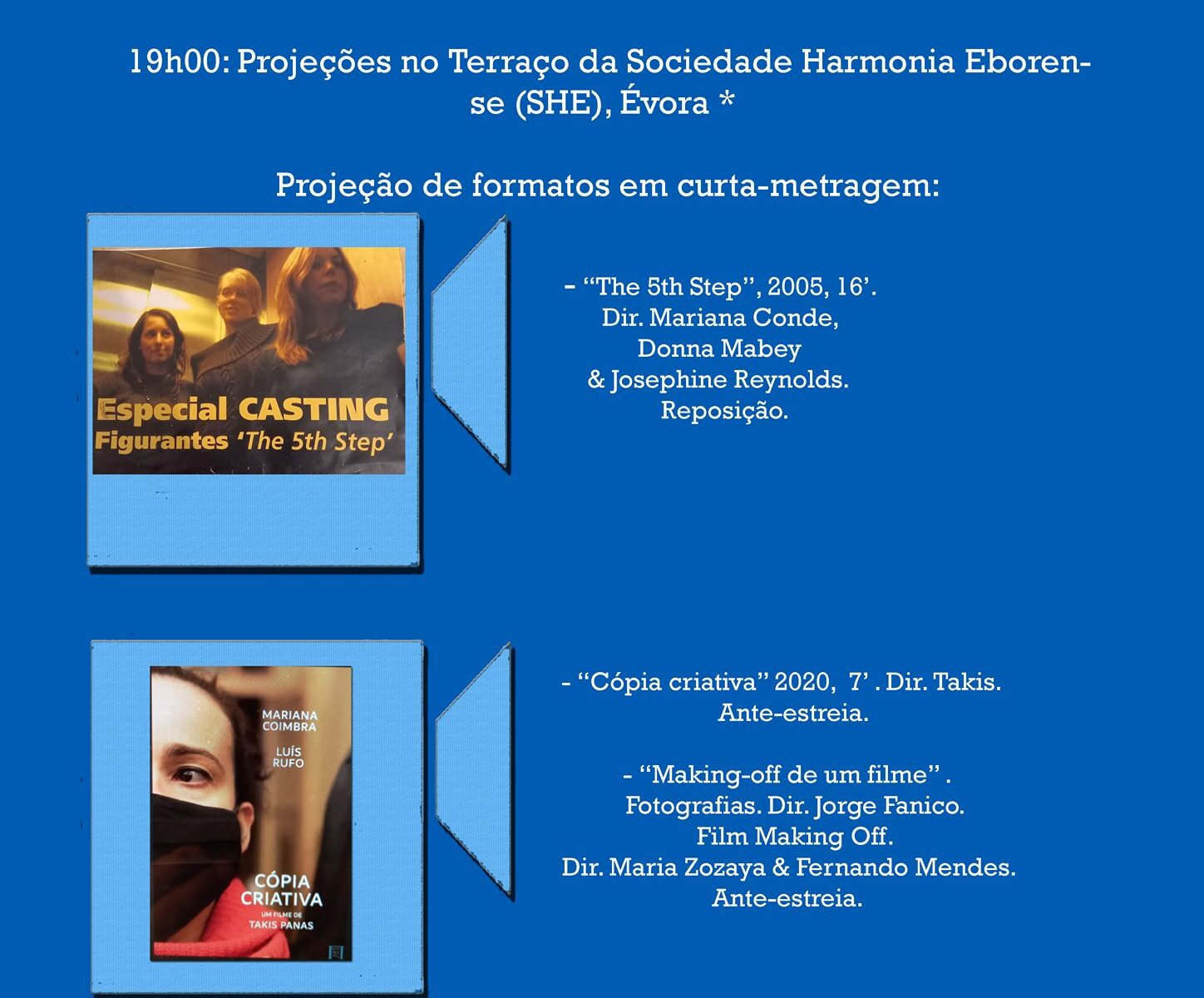 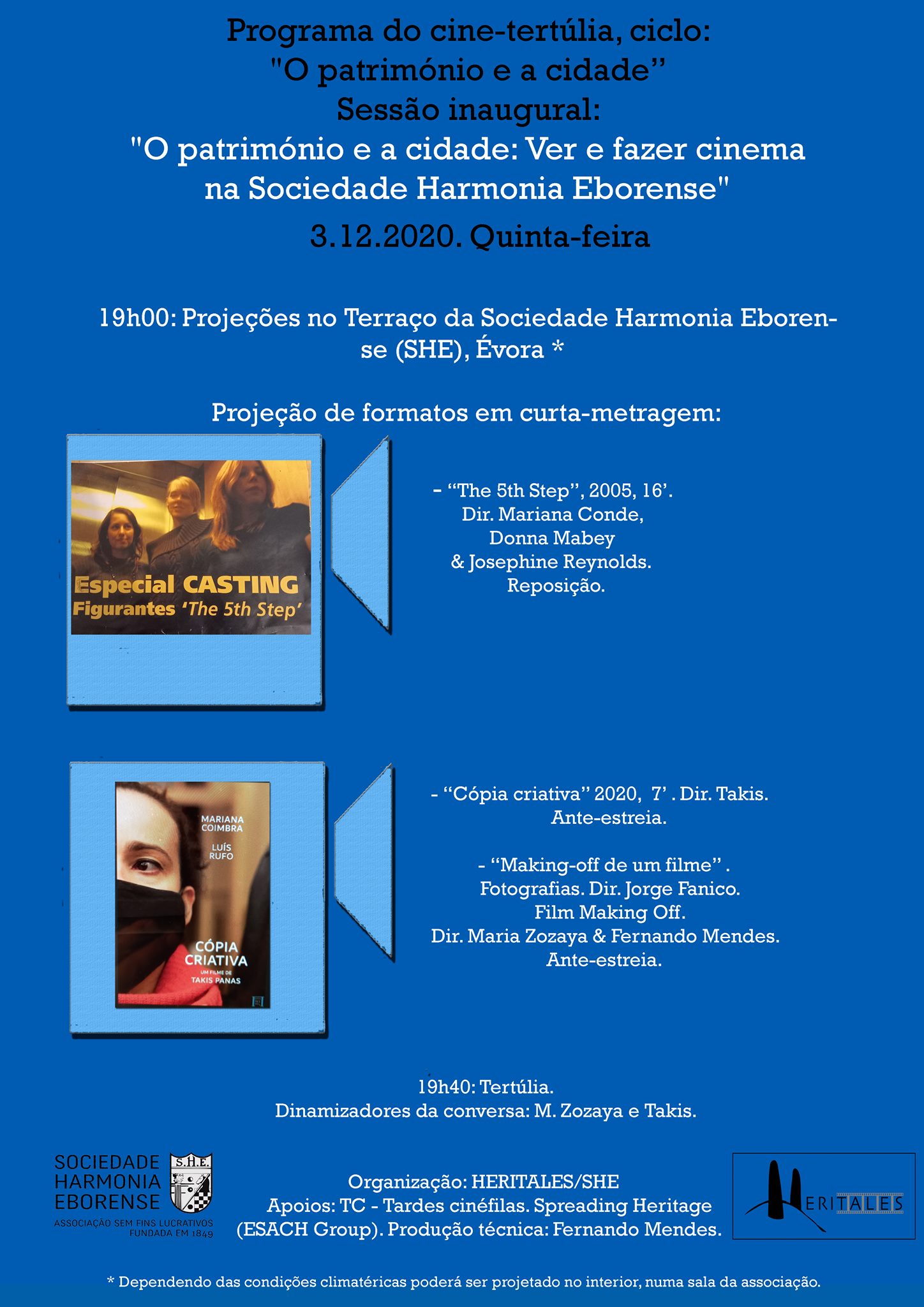 Created in 1849, the Harmonia Eborense Society becomes a scenario where it projects its own material heritage.
This session opens the cycle “The heritage and the city”, which shows films that use the historical buildings of Évora as a backdrop for their plots, in most cases in an intentional way, as seen in the ones shown here.
In this first session, it is about, on the one hand, the replacement of the film made by Conde, Mabey & Reynolds and on the other hand, it talks about the pieces that derive from the Takis team and also from heritage volunteers.
The shorts will be followed by a conversation about how to disseminate heritage and ways of creating a central role for historic buildings whose social mission linked to sociability seems to be willing to disappear, like this space that welcomes us.
This activity is in line with the ideals of the Heritales project, which proposes to leave the format of the traditional conference existing in the most classic debates, with the intention of placing cultural heritage in the main topic of conversation and the interests of citizens. This cycle revolves around some lesser-known historic spaces in this city that was declared a UNESCO World Heritage Site for more than three decades.