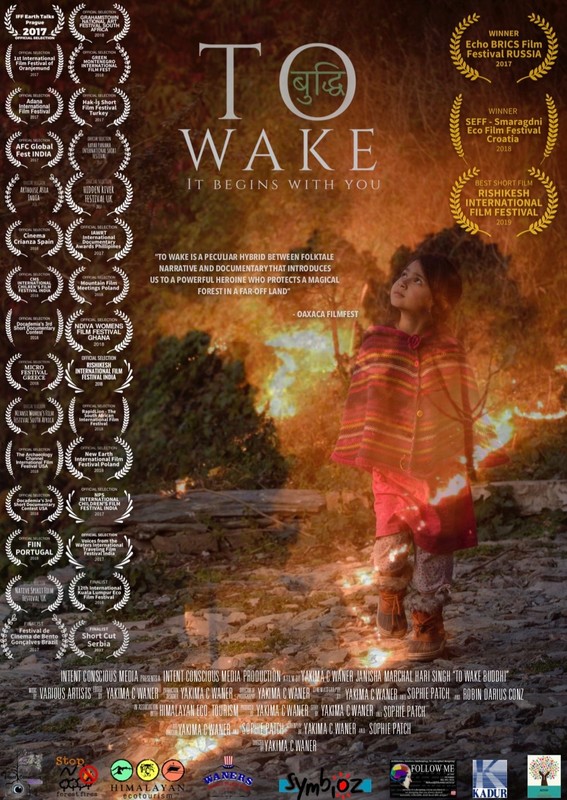 Once upon a time in the forest of Kullu, there was a young girl named Janisha Marchal. This girl was happy whenever she played in the forest. The trees spoke to her, she was completely in tune with the ecosystem. However, the presence of fires began killing the trees and unchecked human greed ravaged the land. The trees communicate their message to Janisha as a warning for all of humankind: humans cannot keep burning the forests and cutting down the trees or else there will be irreparable consequences for people. This green paradise situated in the Himalayas is in grave danger due to the savage climate change caused by the neglect of men. This may be desribed like a fairy tale, but it is actually a documentary, and the fate of the Kullu forest is a very real concern.
The term “Buddhi” is a feminine vedict Sanskrit which is used to describe the force behind wisdom and awakening, thus giving the documentary’s title “TO WAKE”. Janisha, despite being five years of age, is wiser and far more in tune with nature than people may realize. Janisha and the women of the community she lives in have dedicated their lives to preserve the Kullu forest. They are environmentally aware on both a physical and spiritual level. Her people even go so far as to design an oven which burns fewer wood and emits less smoke emissions. Janisha wishes to impart and extend her wisdom to the people of her village, thus empowering them to save their ecosystem. However, Janisha has also seen the dark side of human ignorance: massive fires burning the magical forest she lives in, for no reason at all. The toll this takes on her reveals the almost symbiotic relationship between Janisha and the forest itself, as she is in tune with her surroundings on a deeply spiritual level. Janisha understands the forest, she feels its pain when burnt and decimated, and this is why she communicates her message and tries to spread the word before it is too late. Janisha represents the power of women as protectors of nature, women have always been more connected to the earth and Janisha is a clear example of a level of awareness that not many manage to achieve. Janisha is also highly empathetic with animals and other living beings, becoming a protector of life as a whole, for both flora and fauna and for all of humanity for it is all connected. Without the trees, there is no air, no water from the rains, no animals to keep the delicate equilibrium and finally there will be no more people on the face of the earth. Janisha was born with a nerve disorder known as “Erb’s Palsy” which has rendered her right arm immobile, this doesn’t stop her from becoming an ambassador, a teacher and a mentor for an entire generation of protectors and activists. Janisha is the heroine of an ongoing story; her battle as protector of the Kullu forest has just begun. Her name means “Go Darkness”, her destiny is to bring light to the world. 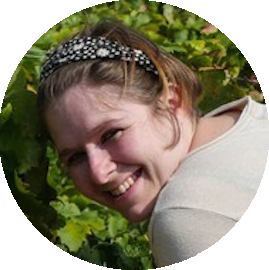 Yakima Waner is a Johannesburg based Environmental & Social Awareness Documentarian. After completing her honor studies in BA Dramatic & Fine Art at the University of the Witwatersrand she began her career in Wildlife Conservation & Journalistic Documentary, where she was shadowed by some of the best in the field during her internships on the coasts of South Africa and in the rainforests of India. Her signature was immediately based on experimental representation and vivid emotion. Her production company Intent Conscious Media showcases different stories that purely reflect the amazing relationships in this world between nature and humanity, and humanity in itself. Her vision is that she wants that energy to build up hope and beauty in the dark, a light that can make a difference because energy goes where it recognises itself. Today Yakima concentrates on creating a voice for her own organizations and initiatives and others Internationally, which improve the identity and the voice of women and children across the globe, especially those who have dedicated their own lives in their own fight to protecting others and the sustainability of earth. Intent Conscious Media creates documentaries which highlight stories of hope, change and salvation, oppose to creating more blame and hate.