This documentary is a short snippet of the filmmaker’s grandfather’s life from being born in Sicily, going to school in fascist Italy, serving in the Italian army, then meeting his grandmother, immigrating to the United States, building a large family, and achieving the American Dream. Half of the film is from the perspective of the filmmaker’s grandfather while the second is from his grandmother’s and concludes with a mixture of the two. The film is a mixture of the expository and observational documentary modes told through the interview style with archival imagery displayed throughout. 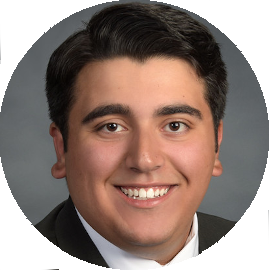 ROBERT V. FODERA, JR., or better known as Bobby, was born in Staten Island, New York and is currently working toward a Film B.F.A. and a minor in Animation and Visual Effects at Syracuse University’s College of Visual and Performing Arts. Since 2016, he has directed numerous short films, music videos, and short animated films. Stories from Sicily is notably his first documentary project. As a filmmaker, Fodera is currently developing his creative style through his educational endeavors in Syracuse. Fodera aspires to be a director of feature films that push the limits of creative storytelling.